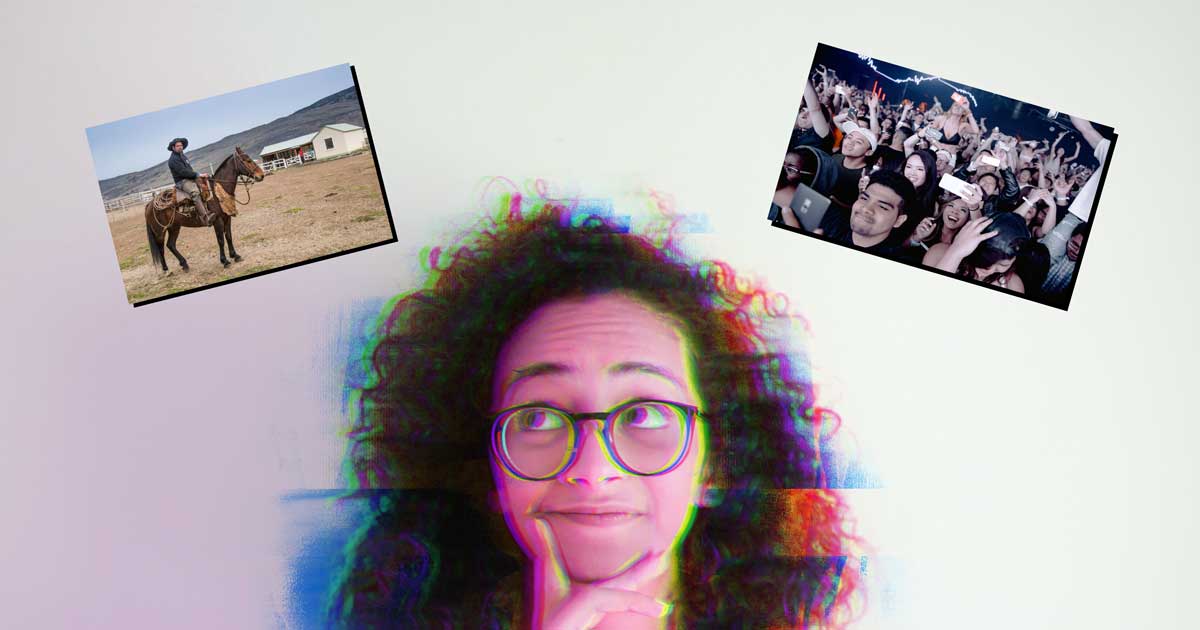 The real marketing hustle for musicians

Increasingly, artists hoping to get heard need to be clever with their online marketing. But what does that actually mean?

We’ve all read enough blog posts about growing your following on Instagram, Twitter or other platforms that state the same old instructions: to post all the time, hashtag your posts etc, etc.

In reality, social media seems to be as much about being smart, as working hard.

It took a month of marketing in the lead up to the release of Old Town Road to get people to notice his work– and Lil Nas X admits that he deliberately set out to get the song noticed in that time.

For example, as he notes in this video, he created a bunch of memes using the (real earworm) chorus of his song. Undoubtedly, it was the cowboy-hatted cabal of people across TikTok who responded to those memes with their own that helped the song along the way to the Billboard country chart. (The song was then removed, which was another topic that got social media talking – proving that good old gossip can help you get noticed online, too.)

He also posted on the r/NameThatSong subreddit a question that spurred people to search for Old Town Road. A clever move that boosted his chances.

As Lil Nas X released Old Town Road, he took to Twitter almost immediately to ask people to help him get country music legend Billy Ray Cyrus on a remix. Because of his following, the request gained traction, with a remix made in April 2019 (just months after the song’s initial release).

According to John Salcedo, vice-president of digital marketing at Columbia Records, Lil Nas X’s early followers were “other absolutely hilarious people on Twitter, and rising creatives and musicians.” This shows that being in a close-knit community is sometimes more important than getting big press for your music.

Between April and September 2019, the #OldTownRoad hashtag was used on Twitter over 3.5 million times. “Lil Nas X started out on Twitter as a fan of the platform and the culture first and foremost. That, coupled with his authentic voice and humor, is what allowed him to grow an organic fanbase,” says Kevin O’Donnell, head of music partnerships at Twitter. Lil Nas X “established a built-in core of people who were interested in what he had to say – and that's what helped his career take off faster than almost any other artist in recent memory,” adds O’Donnell.

Between April and September 2019, the #OldTownRoad hashtag was used on Twitter over 3.5 million times

So, let’s recap. Lil Nas X used a popular Reddit thread, a bunch of cowboy memes and his (then) humbly sized but loyal following to collaborate with a country music megastar and to make his song the longest running number one single in Billboard chart history, with 400 million streams on Spotify alone (and counting).

Lil Nas X, then, is the embodiment of the idea that to be a successful musician, your marketing has to be on point. “It comes as no surprise that in the current music environment, the up and coming artist is rapidly learning the skills of the marketer/promoter (and often manager) as well as creator,” states a report from Amuse and MIDiA, released in September 2020. It adds: “The ‘create and they will come’ principle of simply making great art no longer gets that art to its deserved audience.”

Another artist who broke through the internet, Post Malone, acknowledges the truth of that idea. He told Forbes: “It’s 50 per cent music and 50 per cent who you are. It’s been the same way forever, there’s just social media now and more ways to share your brand with the masses. All of the legends are dope and killing it. From fashion to the way they act, every legend has their own thing that they’re known for.”

It’s also worth noting that Post Malone didn’t have it so easy at first – here’s an early video where he’s almost unrecognisable – visually and musically. In some ways this proves that finding your feet on social media is deeply connected to finding your voice as an artist. The right look and sound places you in the right community and then you can begin to use platforms in clever ways to get your music heard.

Artists shouldn’t be afraid to experiment and try new things. But, when planning to release music, increasingly it is clear that they need to think smart, not hard, about how they’re going to reach their fans.