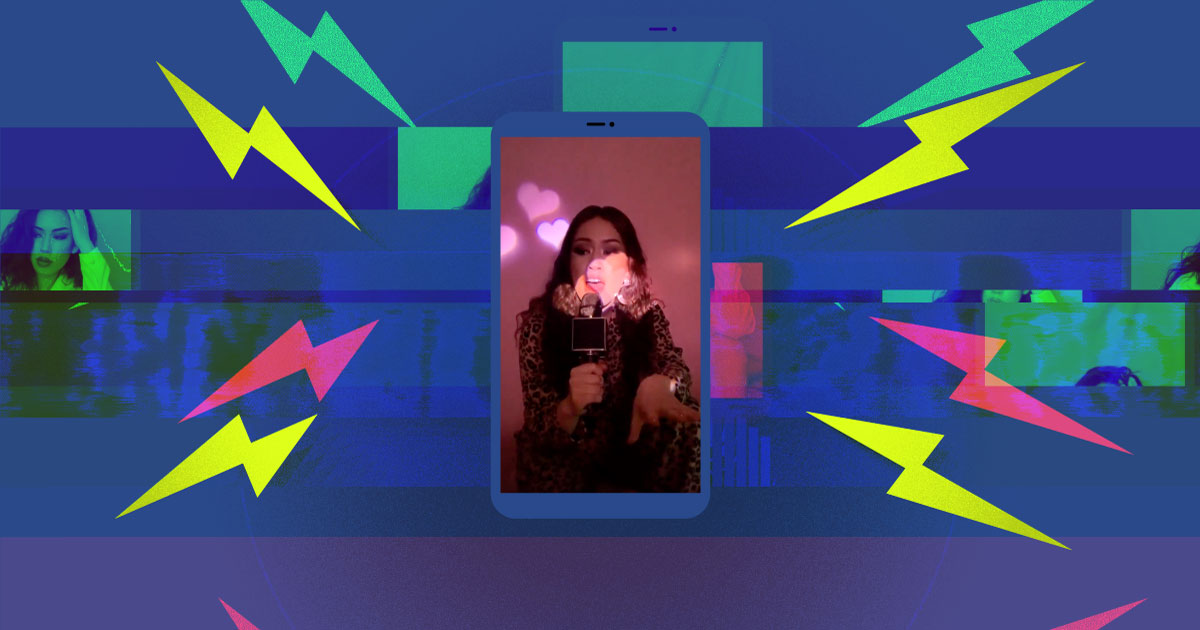 The virtual show is here to stay

Virtual performances have unexpectedly become the norm during a pandemic that restricts people from being in close proximity, and social media is helping artists to keep connecting with fans

Right now, due to the risks associated with congregating indoors and in large numbers, the music industry has had to explore other platforms for live shows, which now take place exclusively online. Virtual performances have unexpectedly become the norm during a pandemic that restricts people from being in close proximity.

Just last month we witnessed something a little different: Bad Bunny put on a free concert on the roof of a moving bus. As the bus drove down the streets of New York City, the Puerto Rican singer and rapper performed a tribute to healthcare workers. Fans ran alongside the bus, followed behind in their vehicles, and watched online as the reggaeton star made music industry history during the pandemic.

But, prior to the socially distanced show, artists utilized social media platforms to perform for fans.

Livestreams help artists connect with fans during the pandemic

Diplo was one of the first artists to tap into online performances with his quarantine livestreams. From mid March the American DJ began using Instagram Live as a tool to host concerts and interact with fans. His sets, which sometimes lasted a couple of hours, were streamed from his living room and pulled in thousands of fans. Other DJs, including French duo Ofenbach, followed suit and began hosting their own Instagram Live sets from their balcony in Paris to keep fans engaged.

Instagram’s newfound popularity as a live music hub also brought a rise in live battles and artist Q&As. Verzuz, an online music battle pioneered by Swizz Beatz and Timbaland, has gained immense popularity since debuting in April. The series, which takes place on Instagram Live, and has amassed over 3.8 million followers, was created during quarantine and reimagines the popular DJ battles from the ’90s hip-hop era, in a ‘who is better’ format. Shows have hosted battles between iconic musicians in rap and R&B like Brandy and Monica, Snoop Dogg and DMX, and Gladys Knight and Patti LaBelle.

Concerts are shifting to the virtual space

Aside from sets and battles, fully fledged concerts are shifting to the virtual space. In August, Megan Thee Stallion performed in her first virtual concert, presented by Live Nation and streamed on TIDAL. Tickets sold for $15, a more affordable price tag than the artists’ previous average fee of $83. Other musicians including indie artists like The Quiet Return of Fleet Foxes, Perfume Genius, and Sufjan Stevens have also hosted virtual concerts with tickets only costing $15. Even festivals like Tomorrowland and organizations like the Covenant House have moved online to keep their annual events afloat.

"As musicians flock online, streaming services like Spotify have adapted to the shift"

As musicians flock online, streaming services like Spotify have adapted to the shift. In September, the platform announced its newest ‘virtual events listing’ addition on the app. The feature shows music fans when their favorite artists will be playing live – whether it’s recorded or only via a livestream, making it easier than ever for artists to promote themselves outside of social media.

Prior to the global health crisis, live performances – including touring, concerts and festivals – played a significant role in how musicians made most of their money – nearly 75 per cent of their income, to be exact. Now with all in-person events on pause, streaming services, social media platforms, event organizers and ticketing companies are going to need to work together to create a new, profitable performance model.

While in-person concerts will remain a preference due to the ability to socialize and see an artist perform in the flesh, the benefits of streaming online has its perks, too. For fans, ticket prices are cheaper because artists are not paying thousands of dollars on venue space, everyone has the same view of the stage, and sometimes Q&As are added – a bonus that traditionally only came with costly VIP passes or backstage access. In some ways, it feels closer than ever, yet distant enough to remain safe during such unprecedented times.